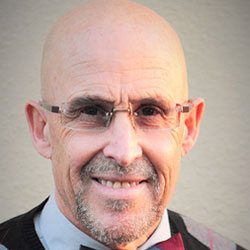 Dr. Trester was born and grew up in Los Angeles.  He received his B.A. from UCLA and his Doctor of Dental Surgery from Northwestern University Dental School.  He spent 3 years in the U.S. Public Health Service leaving with the rank of Chief, Service Unit Dental Program (Lieutenant).  He spent 2 years as a resident in a General Practice Residency program at Mt. Zion Hospital and Medical Center (now U.C. Medical Center at Mt. Zion).   This was followed by 36 years in private practice in Oxnard and Ventura. He taught for 5 years during that time at the UCLA School of Dentistry. He has been awarded Mastership in the Academy of General Dentistry and Fellowship in the Pierre Fauchard Academy. He joined the SBNC Eastside Dental Clinic in 2015, shortly after retiring from private practice.  He has two daughters and one grandson, He’s married to his beautiful wife Myrna with whom he has two step-children and two step-grandsons.

From the Blog
Upcoming Events